The eighth week of work since I got Steam Green-lighted has come and gone. So as promised, here is a weekly update on the progress towards the Steam release of The Little Crane That Could.

I have done most of the Steam API integration, and tested this on Windows and Mac builds. The integration went reasonably well, so there may be a simultaneous release for multiple platforms. I did notice some issues of the steam overlay on OSX with retina display though. I have added Steam statistics and achievements as well. Because I use the steam folder for game storage, I intend to lock the game to steam. This means that it will not run if the steam client is not running.

I have added fog to the game so that the popping in/out of terrain geometry is less glaring. You can still easily see it, but it is less prominent now. The fog also adds a depth-cue. And I added a simple sky gradient from white at the horizon to blue overhead. So the visuals are still far far away from cutting edge, but at least they look a little better now. This game's strength is the state of the art simulation code, not its pretty looks. 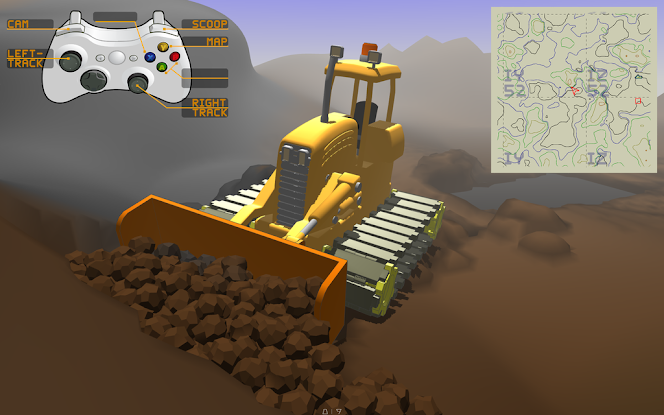