The fifth week of work after the Steam Green-lighting has come and gone. So as promised, here is a weekly update on the progress towards the Steam release of The Little Crane That Could.

I have added two new levels for the bulldozer. In the first level, you need to clear a helipad covered by a landslide. I especially like how this one turned out. I also added a level where you recover a stranded truck with the bulldozer. That one is a little less refined.

A added a cheat-sheet graphic that shows the controller mapping. It displays dynamic information, which changes as you switch vehicles, or switch modes from driving to camera to hydraulics. It's not pretty, but it is effective. I don't have controls remapping yet. I fear that may be a hairy one. I will have to see what the steam sdk expects for this.

Lastly, I have been tuning the excavator physics, so that it will properly scrape dirt from the terrain using its bucket. Oh, and as a bonus: I've finally switched my shading from Gouraud to Phong. 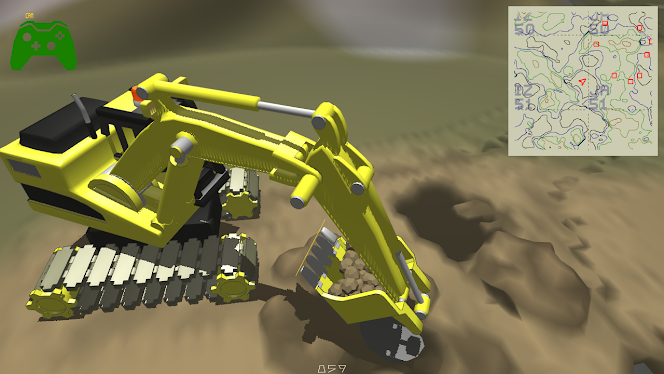