The first week of work after the Steam Green-lighting has come and gone. So as promised, here is a weekly update on the progress towards the Steam release of The Little Crane That Could.

I've spent this week on actually building a crane vehicle. The code base so far only contained a bulldozer/loader and an excavator. And now, there is an actual crane as well. The crane turret and cabin are from a model purchased at TurboSquid. The truck underneath, I modelled myself in Wings3D.

However, most of the time was spent on doing the physics sim for the truck and the crane. I'm pleased with the truck, that now has 4 axles instead of 2, and all driven. The wheel suspension is softer than the old crane I used in the mobile version of the game, and they look great. It took quite some time to get the sim stable without too much jitter, but the quality is now pretty close to shippable. So without further ado, shown below is what the new Little Crane looks like. 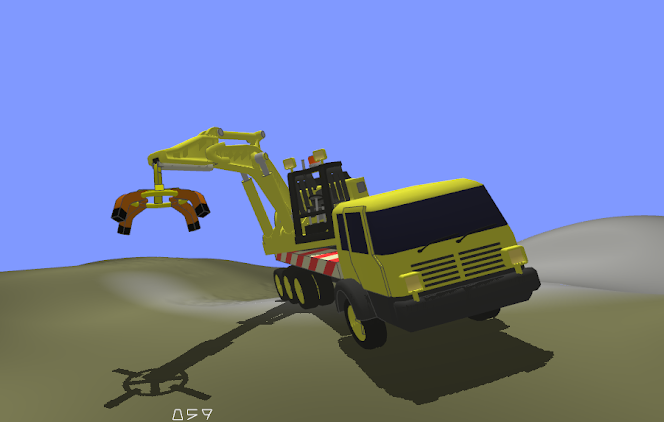 For next week, I want to see if I can get some actual game-play back in, probably in the form of the old basket-ball level from the mobile game version. I hope you'll follow me again in next week's progress report. Until then, I will leave you with this great shot of the truck's suspension.