So I've ported my Buggy Bang! Bang! game to Android, and released it under the name Six Wheels and a Gun or SWAAG for short. While doing this port I wrote a multiplayer networking system from scratch, including the lobby server. When doing online multiplayer, I thought it would be nice to render flags for the players based on the country associated with the IP number. I've open sourced this piece of technology as ip2ensign which is available at GitHub. 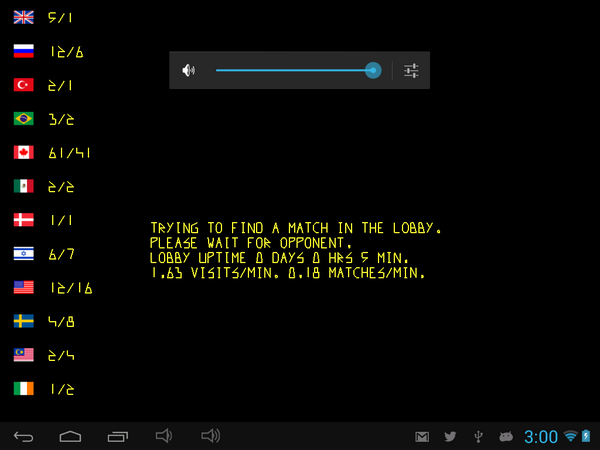