I just did a fun little exercise to figure out the steering in my Flank That Tank! indiegame. Of course, the best way to steer a tank is by using two throttle levers, one for each track. This will let the tank driver directly control the differential steering of the tank. It also enables some pretty exciting and wild maneuvers.

So really, case closed. A gamepad typically has two analog joysticks, one joystick for each track. Done!

However, I want to be able to run this game on mobile platforms using touch. And I tried it, but the lack of physical stops really hampers the feel of driving. Two levers on a touch screen simply is no proper substitute. (Not to speak of controlling two levers and a fire button, which is even harder on a touch screen.) 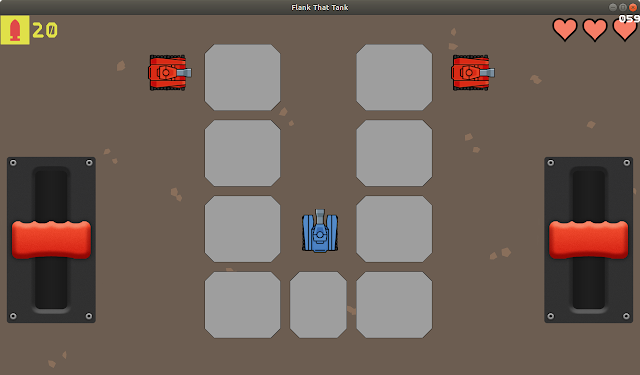 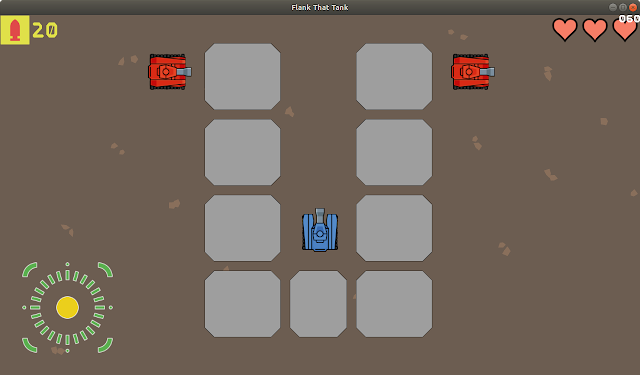 It's fun to figure it out.

For the intermediate joystick positions, interpolating these four settings is all that is required. 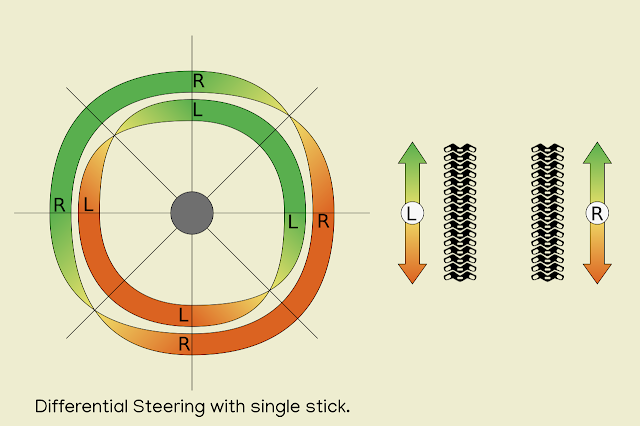 This ought to work nicely for touch screens. Left thumb to drive the tank, which leaves the right hand free for tapping the screen to shoot, and possibly aim the turret as well.

So I'll be implementing this scheme shortly. That leaves me to consider the issue of absolute/relative control. Some people can't steer a vehicle that drives towards the camera (or in 2D: to the bottom of the screen) as it reverses L/R from the driver's point of view. So I may implement an absolute system as well: the "12 o'clock position" will adapt to where the tank is pointing.